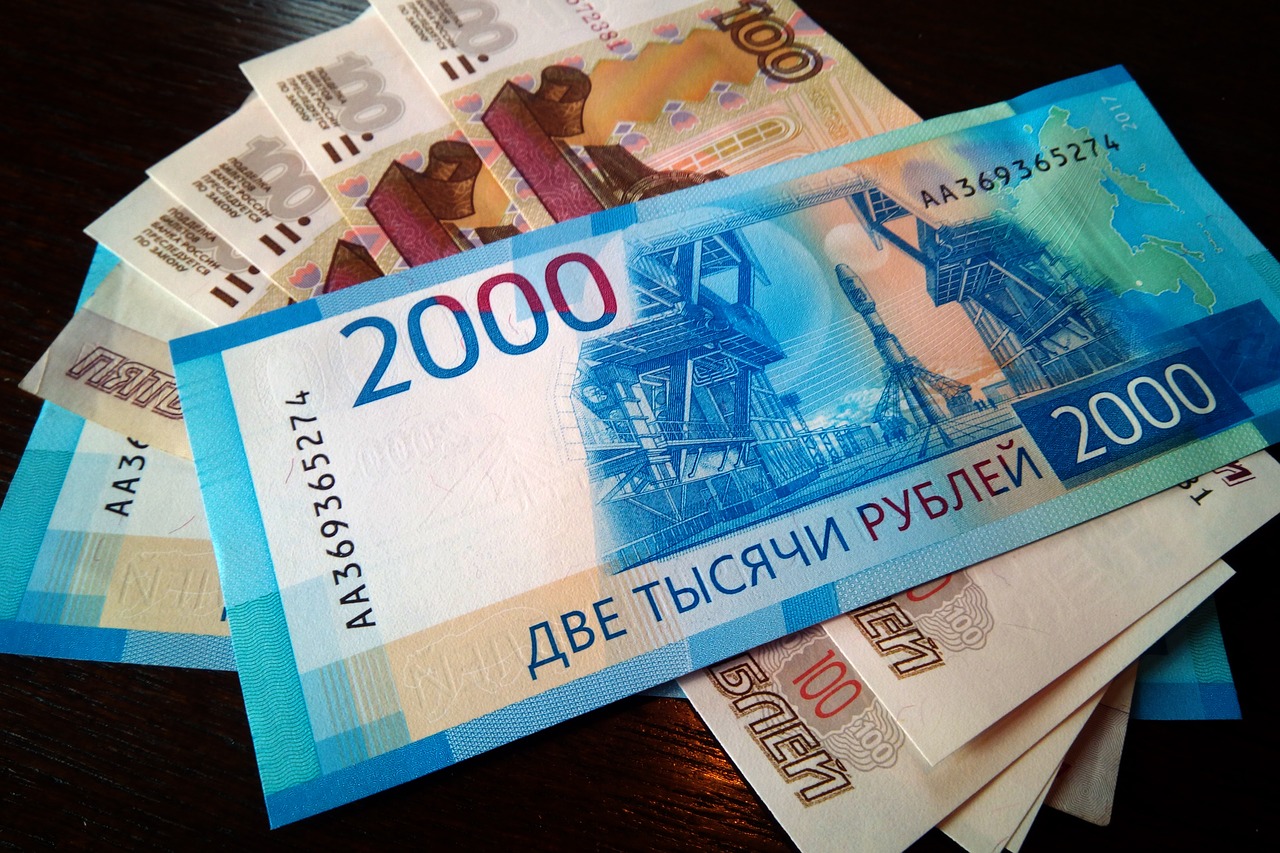 Civil society organisations call on commercial banks to pull out of Russia
22.03.22 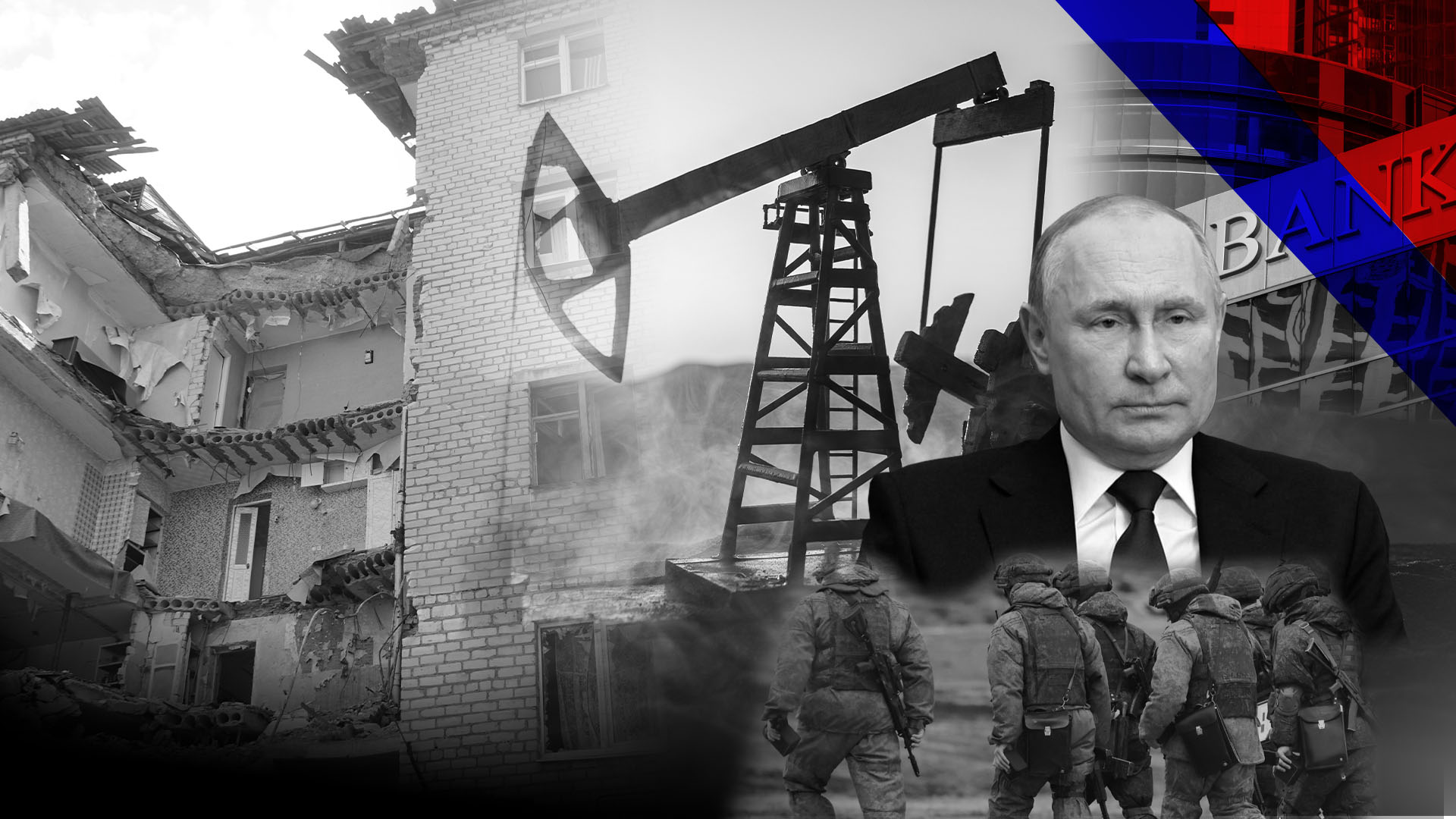 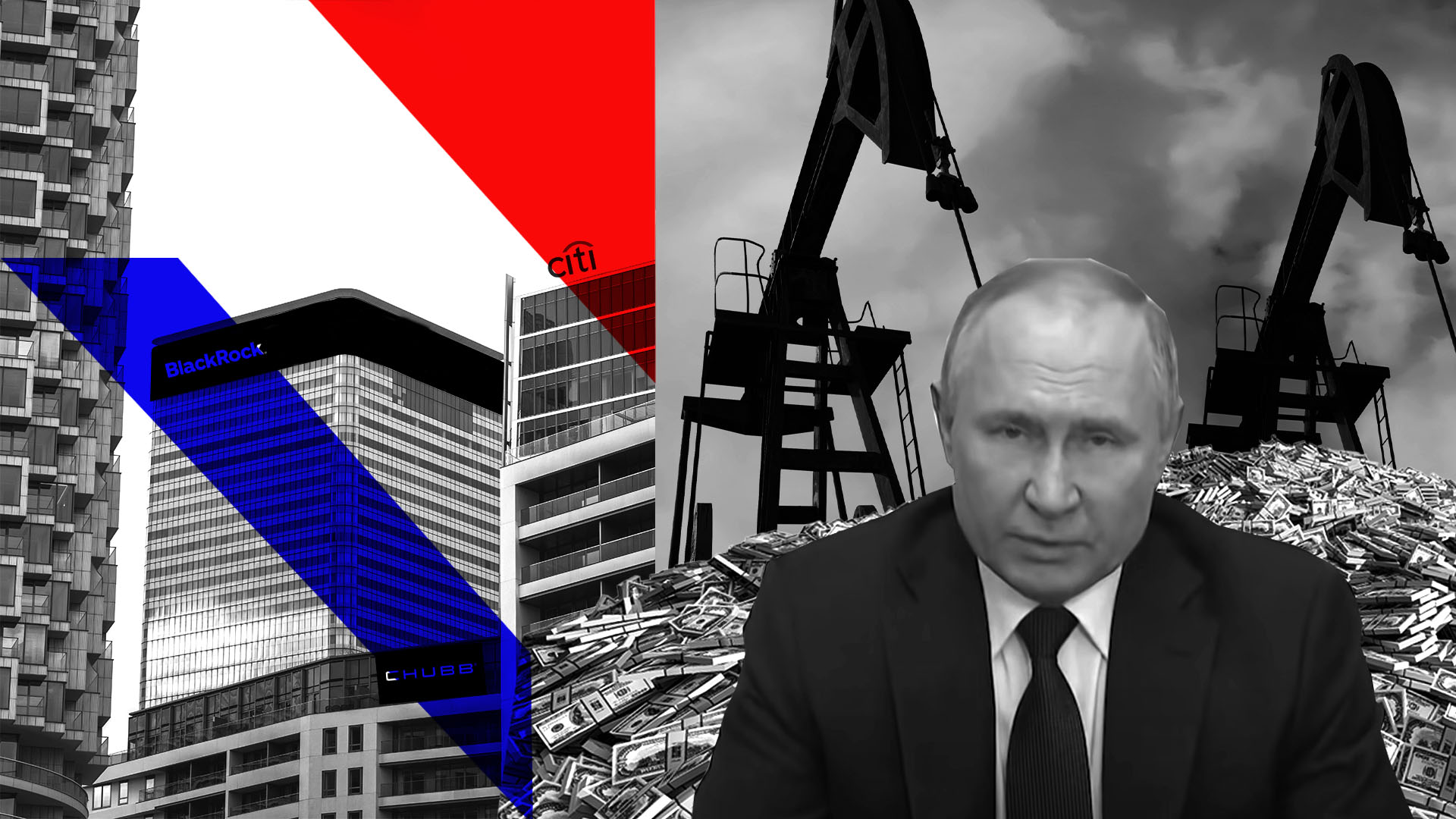 Oil and gas: the devil’s excrement fueling conflict and war
08.03.22

A coalition of 30+ NGOs has launched an open letter to the CEOs of international commercial banks with exposure to Russia. Penned by the banking campaign group BankTrack, the letter urges each bank to explicitly condemn Vladimir Putin’s invasion of Ukraine, and to set out how it is responding to the invasion by Friday April 1st, 2022. (1)

There has been an unprecedented global response to President Putin’s decision to invade Ukraine and the horror that has followed. The invasion has triggered sharp responses from governments and companies, leading to a considerable exodus of Western companies from Russia. (2) However, nearly four weeks into the war, there are a number of international commercial banks that remain heavily invested in Russia. Of particular concern are banks that continue to finance the country’s coal, oil and gas companies, the profits of which power Putin’s war machine.

Beyond calling on banks to end finance for Russia’s fossil fuels industry, the open letter highlights the need for banks to take a clear public stance on the invasion of Ukraine, suspend all Russian corporate and investment banking activities, and apply pressure to any clients or investee companies to also cease Russian operations.

‍Johan Frijns, Executive Director of BankTrack, said: “In solidarity with the people of Ukraine, we seek an urgent response to Russia's invasion from the commercial banking sector. As much as we understand the very real dilemmas for banks, in the current situation the only honourable thing for banks to do is to eventually heed the repeated calls from the Ukrainian government to withdraw all business from Russia. Banks that cling to their activities in Russia while the war rages on will face increasing disbelief and very real pressure from the public.”

A key element to BankTrack’s campaigning strategy is the tracking of commercial banks’ financing activities, to facilitate accountability. As Russian forces entered Ukraine, BankTrack began recording the exposure of those commercial banks operating in Russia, as well as the evolving stance of each in regards to the invasion. BankTrack’s findings are available here and will be regularly updated.

Those international commercial banks with considerable exposure to Russia’s fossil fuels industry include Austria’s Raiffeisen Bank. Raiffeisen has so far maintained neutrality regarding the Ukraine conflict, stating: “We consider Austria and Central and Eastern Europe as our home market. We have known the region for decades.” Italy’s UniCredit is also heavily exposed to Russian fossil fuels but is still considering all options regarding Ukraine. JPMorgan Chase, which has invested more than US$3.5 billion in Russia’s fossil fuels industry since 2019, announced in early March that it was “actively unwinding Russian business”.  (3)

Further international commercial banks with ties to Russia include France’s Société Générale and Crédit Agricole, as well as the US bank Citi; these banks are yet to express a definitive stance on Russia’s invasion of Ukraine, although Citi has “decided to stop soliciting any new business or clients”. Meanwhile, research from the Putin100 website shows a further 12 banks with limited exposure to Russia’s fossil fuels industry, including Barclays, BNP Paribas, Banco Santander, and Credit Suisse. (4)

In addition to JPMorgan Chase’s announcement, BankTrack has identified a number of other banks that have announced intentions to eliminate their exposure to Russia. International commercial banks making moves to extract themselves from the country’s fossil fuels industry include Citi, Danske Bank, Deutsche Bank, ING, Goldman Sachs, and Svenska Handelsbanken. Signatories of this open letter hope to persuade other banks to follow suit.

(2) For an excellent overview of company responses to the invasion, see this overview from the Yale School of Management here.

(3) All sources for quotes can be found here.

Oil, coal and gas money is the engine behind Putin’s war machine.

If he can't rely on fossil fuel revenues for missiles and tanks, Putin won't be able to sustain his war of aggression against Ukraine. The line between Russian aggression and fossil fuels is so clear that the US has now banned the import of Russian oil, gas and coal and barred any new investments in the Russian fossil fuel sector.
‍
The recent US announcement is huge and shows us that we can change things, if we unite and raise our voices. There has been a massive wave of divestment from the Russian economy since Putin launched his war of aggression on Ukraine February 24th. Consumer brands like Ikea, McDonalds, Spotify and AirBnb have pulled their Russian operations, while Google and YouTube have stopped Russian companies from receiving revenue from advertising.
‍
Under pressure from activists, employees, customers and the media large corporations have taken unprecedented steps. The Norwegian Oil Fund has frozen all investments in Russia; the world's largest asset manager; BlackRock has urged index providers to remove Russian companies from their indices; oil majors BP and Shell and insurance company Generali have also announced their withdrawal in the last few days.
‍
But while some companies and governments are making meaningful changes to dry up support for Putin's war machine, many financial institutions are shamefully dragging their feet and staying silent. The clock is ticking for the Putin 100 to act. Every day that passes prolongs the suffering of the Ukrainian people. To end this war and the suffering it has brought, all 100 of Putin’s bankrollers, from banks and insurers to investors, have to pull the plug immediately. They need to get out and stay out of Russian fossil fuel companies.
‍
Will you join the campaign to stop Putin’s bankrollers?

Oil and gas: the devil’s excrement fueling conflict and war

What do Angola, Gabon, Iraq, Myanmar, Nigeria, South Sudan and Venezuela have in common? All these countries are rich in oil and gas but the majority of their populations are very poor. Oil and gas wealth has not trickled up but nurtured the development of authoritarian, kleptocratic regimes.
‍
For more than a century, the extraction of oil and gas has fueled not only environmental destruction and climate change but also corruption, oppression, conflict and poverty. And no wonder: If all power and prosperity flows from oil and gas wells, political factions will concentrate all their efforts on competing for access to this wealth, rather than supporting widely shared economic and democratic development.
‍
Environmental defenders, Indigenous Peoples and other communities defending their lands and rights often bear the brunt of the oppression which oil and gas extraction brings about. Given their geo-political importance, oil and gas resources have often also attracted the meddling of regional and global powers, creating wars and great suffering for the local populations.
‍
Development experts call the close link between oil wealth and conflict the resource curse. Oil “is the devil's excrement”, Juan Pablo Pérez Alfonso, a founder of OPEC, has said: “We are drowning in the devil's excrement.” And Sheik Ahmed Yamani, a former oil minister of Saudi Arabia, commented that “all in all, I wish we had discovered water”.
‍
Oil and gas are by far the biggest exports of Russia and have fueled Vladimir Putin’s efforts to turn his government into an autocratic regime. As Svitlana Krakovska, an environmental scientist from Ukraine, said at the start of the war: “Human-induced climate change and the war on Ukraine have the same roots — fossil fuels — and our dependence on them.”